Webinar: INVESTMENTS IN THE FORESTRY SECTOR AND CLIMATE CHANGE

Investments in the forestry sector and climate change

SUST4IN & FSC España join the main stakeholders interested in the forest sector in the webinar “Investments for the forest sector and climate change”. The main goal is to present the certification of ecosystem services in compliance to FSC standards as a credible and recognized tool to fight climate change and the current panorama of sustainable finance and opportunities in the forestry sector. FSC will also present practical cases of forestry-based carbon sequestration projects in Switzerland and Germany, including their organizational models and mechanisms for trading CO2 emission credits in the voluntary markets. 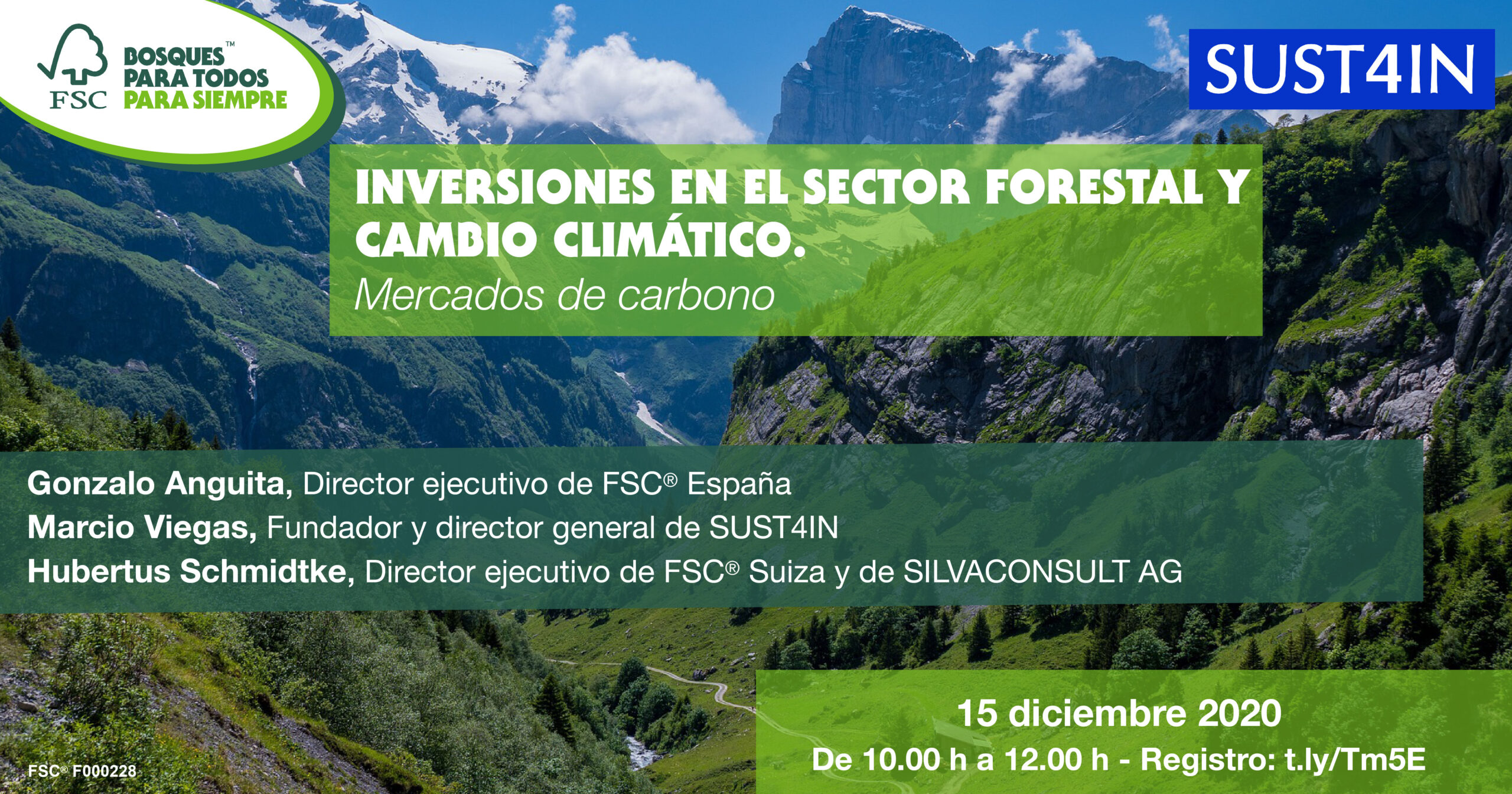 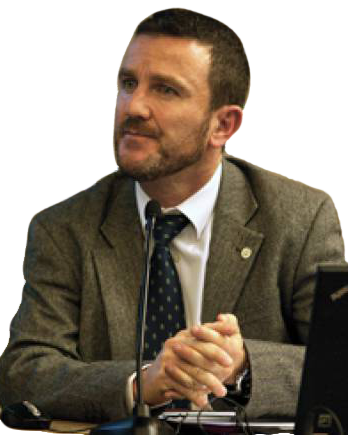 After working in the product quality area as an auditor, he went on to direct the agri-food sector at BUREAU VERITAS, broadened his professional horizon in the environment and CSR area, as Quality and Sustainability Manager at LEROY MERLIN of the Adeo group. Since 2010 he has been part of the economic chamber of the board of directors of Fsc in Spain, and in 2011 he joined as a director, being appointed in 2012, executive director. Since then, he has led the FSC Team in Spain.

He has worked in SMEs and multinationals, living for a few years in the United Kingdom, where he held an official position as a veterinarian and where he was a pathologist and analyst, and has experiences in various countries such as Italy, China, Vietnam, Israel,….

He was trained in the Business Area at the Instituto de Empresa in Madrid and has been a member of the board of directors of the Green Building Council in Spain since December 2018. 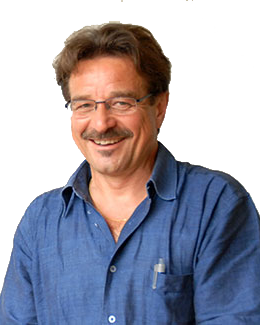 Hubertus Schmidtke comes from the Black Forest in Southern Germany.He studied forestry at the University of Freiburg, Germany, and received his doctorate on the application of geographic information systems. For five years he worked in German state forest administrations. He is the founder CEO of SILVACONSULT AG since 20 years in Winterthur, Switzerland, a consulting company and technical office. Typical technical projects are terrestrial forest inventories, operational planning, forest mapping with remote sensing and GIS. In addition to this, we have experience in consulting timberland investments.  Hubertus has experience in forest climate protection from many countries in South America, Africa, Asia as project developer and auditor for the World Bank, Swiss institutions, TUEV SUED. In Switzerland, he has developed a methodology for climate protection projects in forests according to ISO 14064:2 and has carried out several projects. SILVACONSULT manages the office of FSC Switzerland under mandate. Hubertus is director of FSC Switzerland with a 50% workload. 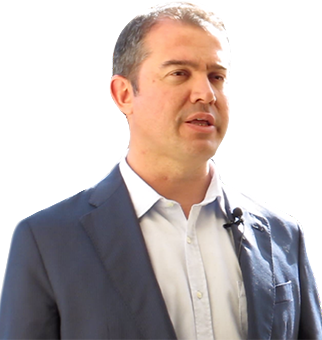 Marcio Viegas has more than 20 years dedicated to professional services, especially linked to sustainability, in almost 30 countries: consulting, training, auditing, as well as the development of international standards and legislation in multinationals such as Bureau Veritas, British Standards Institution and Lloyd’s Register. Since 2014 Marcio is founder and CEO of SUST4IN, experts in sustainability. Marcio has a background in Civil Engineering and has a Master’s Degree in Hydraulic / Environmental Engineering from the University of Sao Paulo, combined with an MBA from IE Business School and the experience in social issues acquired during his career and projects in Africa and South America, among others. Currently, Marcio actively participates in organizations and initiatives such as the International Organization for Standardization (ISO), Green Bond Principles (ICMA, London), SASB (USA), Forum Clima (Brazil), Grupo Español de Crecimiento Verde (Spain) and others. Marcio is the author of several articles and has given several lectures on sustainability, reporting, sustainable finance, climate change, circular economy, water management and others. 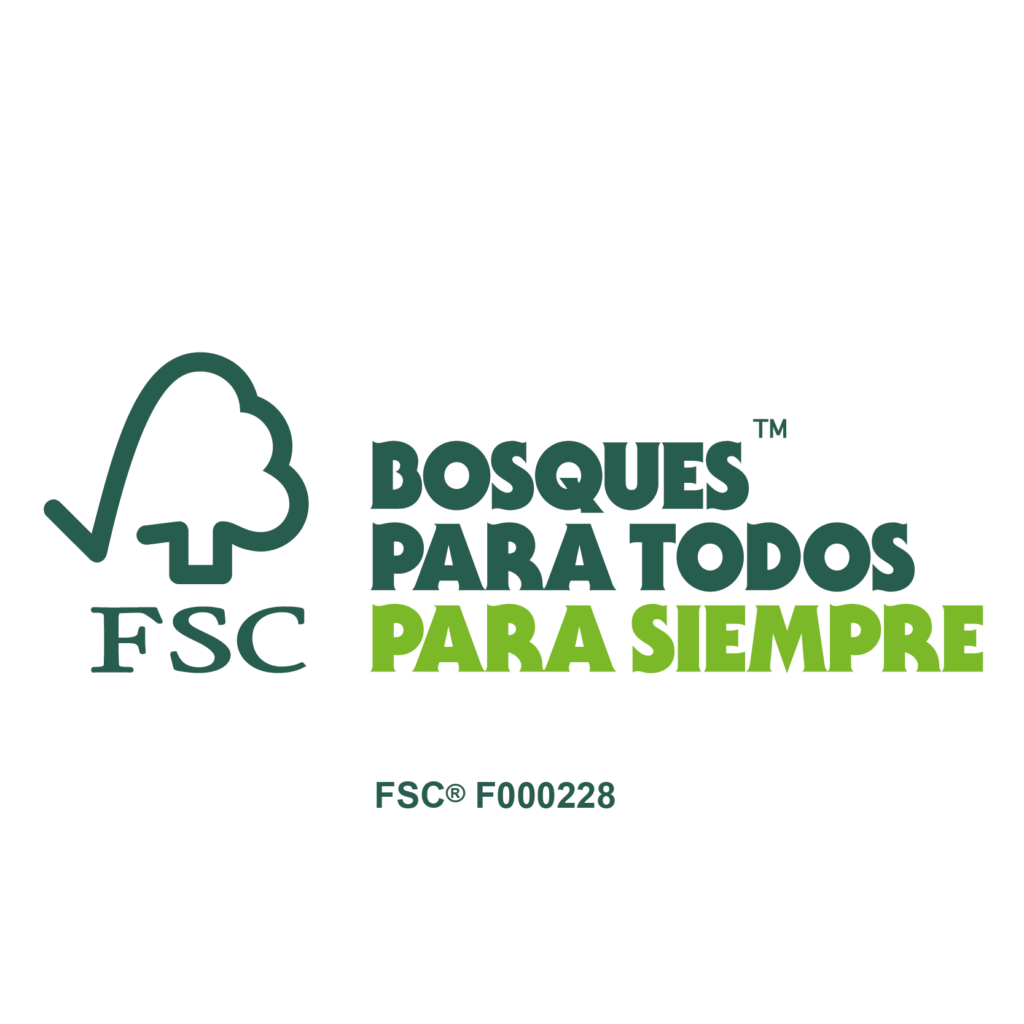 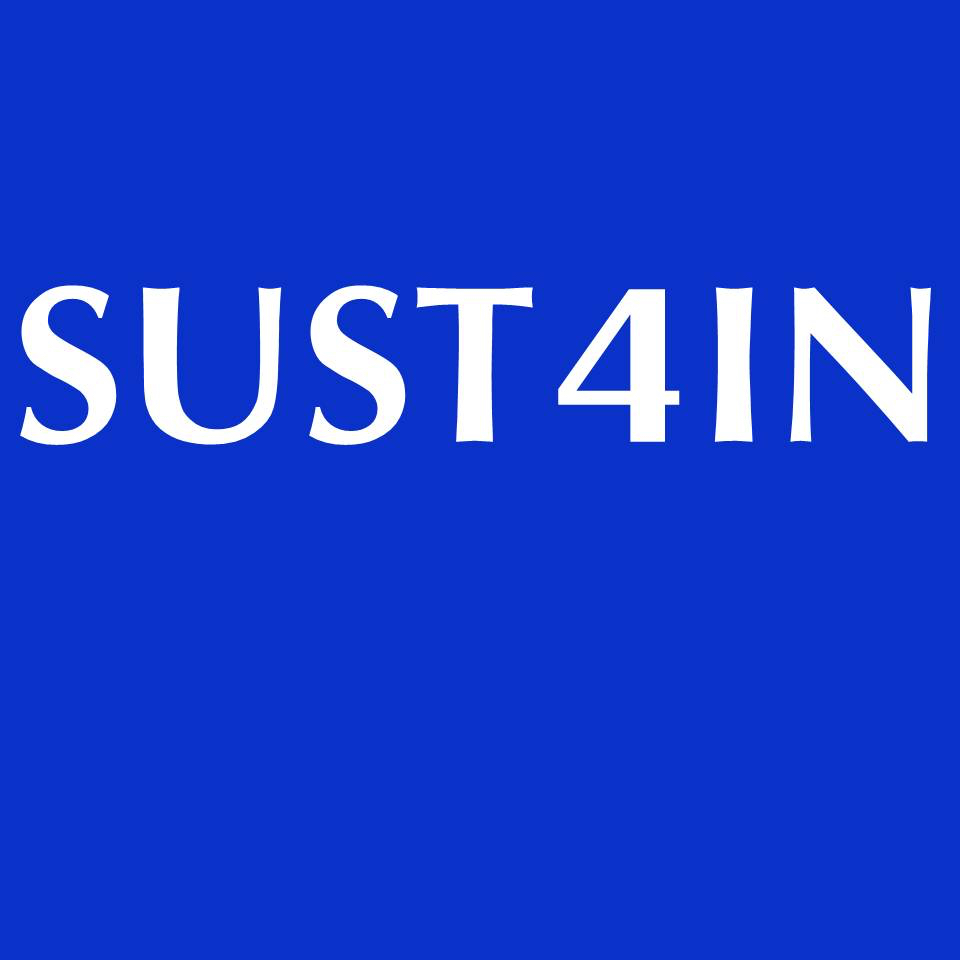