Accountants love financial reporting. They spend most of their time immersed in balance sheets, income, cash flow and other regulated financial statements. The rest is “non-financial” or even “non-GAAP financial“.

In any case, accountants’ work – when properly done and audited – is critical to overcome the natural information asymmetry between company managers and investors.

Over the last 30 years, accountants have discovered, however, that conventional financial reporting was not capturing even a fraction of market value, as intangible assets such as intellectual capital, brand value, and customer relationships became more important.

Then, because those assets were hard to count, they invented the misleading concept of “non-financial” reporting to try capture that missed value.

“Non-financial” reporting was made famous by bookkeepers in Brussels in 2014 with the publication of the “Non-Financial” Reporting Directive (NFRD), which covers matters such as diversity, carbon emissions, respect for human rights, corruption and other environmental, social and governance aspects.

But the EU was not alone, in 2010 the US Securities and Exchange Commission (SEC) issued a Guidance Regarding Disclosure Related to Climate Change, calling climate change “non-financial”. At this pace, Environmental Finance would have to be rebranded!

The good news is that the EU is now replacing the misleading “non-financial” concept by “sustainability” with the publication of a proposed new Corporate Sustainability Reporting Directive (CSRD) which can affect some 50,000 European companies. The CSRD follows the publication last year of the Sustainable Finance Disclosure Regulation (SFDR), which seeks more transparency and less greenwashing from financial market participants.

The term “non-financial” is misleading for three reasons. First, the aspects and assets it tries to cover have obvious financial impacts and value respectively, even if they cannot be easily measured. Think of the value of the apple logo for Apple or the impact of people eating more apples and healthier food for McDonalds. Both are hard to count, but undeniably impactful.

Second, and now focusing on sustainability reporting, the concept suggests that sustainability aspects are less important than traditional financial statements and, even worse, instinctively negative. Some have tried to fix that with “integrated” reporting, a utopian concept which normally leads to the dilution of “non-financial” information in the back of financial reports.

Third, sustainability can now be “counted”, through the use of often very specific metrics, customised by industry, based on science and somewhat globally accepted. But even for topics that are hard to measure and report uniformly, such as community relations or water footprint, the potential impact of disruptions caused by litigations or water crises, for instance, has to be discussed.

But there is more good news. First, even the bean counters now accept that “non-financial” stuff counts: the International Accounting Standards Board (IASB) and its International Financial Reporting Standards (IFRS) Foundation are eventually considering sustainability in enhanced financial reporting, but remain obsessed with investors interests only (I will come back to this).

Second, the US SEC is now committed to improving climate-related disclosure beyond its 2010 Guidance.

The end of “non-financial” reporting is near and a small semantics step, but language, especially in such a nascent field, is key. Beyond that, five actions need to be taken to effectively make business and finance more sustainable.

Firstly, sustainability has to be understood, made strategic, linked to compensation, and effectively implemented. We already know that the reporting tail is not wagging the business dog.

Second, metrics, reporting and verification need to be simplified and standardised – globally if possible – and go beyond paperwork: by accountants, of course, but also by scientists and grassroots experts.

Third, such standardisation has to adopt the concept of double materiality, which considers the financial impacts of sustainability issues on business – the main concern of investors and accountants – but also the environmental and social impacts caused by business – which concerns us all and are not yet captured adequately by finance. The double materiality concept is already being adopted by the EU, but not by the IFRS Foundation.

Fourth, the information needs to be verified by competent and independent sustainability experts, who can actually visit factories, mines and farms.

Fifth, all the above needs to be mandatory, namely sustainability reporting – as suggested by BlackRock for instance – for large and risky organisations.

The new CSRD would cover almost all the above, but the devil is, as usual, in the details. The current proposal suggests that the European Financial Reporting Advisory Group (EFRAG) would be responsible for developing the standards for reporting, with procedures and metrics for reporting and verification.

EFRAG is a private association of accountants and other financial advisers established in 2001 and mostly funded by the EU. It has a good reputation in financial reporting, but only in 2018 it started investigating “non-financial” reporting and it has no experience with the science, legislation, technology, and the practice of sustainability management and operations.

Encouragingly the EU is already saying that EFRAG would need to change its governance and EFRAG’s Board President, Mr. Jean-Paul Gauzès, understands this. However, the currently proposed new governance would still have very little representation of trade unions and environmental organizations, for instance.

In order to become a sustainability standards body, EFRAG would have to be completely overhauled, rebranded and set a new board and new structure with proportional representation and participation of environmental and social scientists, NGOs, civil society, governance and reporting and other “non-financial” experts, plus the financial advisors. Something definitely more proportional than the current EFRAG’s “multi-stakeholder” task-force with 40 people, but only four representatives of NGOs, only one brave trade union representative and, unsurprisingly, headed by an accountant.

If this is not achieved, Europe could set, with the same funds EFRAG is asking, a new European Sustainability Reporting Advisory Group (ESRAG) to work in parallel with EFRAG. Another option is to resort the standards work to the EU Platform on Sustainable Finance, with a similarly funded stable structure, assuming the NGO representatives do not leave it, as Environmental Finance recently reported. Finally, the European Committee for Standardization, better known by its French acronym, CEN (Comité Européen de Normalisation), founded in 1961, can also be considered as it is officially the European standards setter by excellence , except for financial standards.

To make things more complicated, there is a plethora of voluntary sustainability reporting standards at the international level.

The “details” are complicated, controversial, and yet to be decided, but a balanced solution is urgently required, because climate emergency, pandemics, water scarcity and social-economic inequality are now more critical for the planet, people, and prosperity, including businesses, investors, and accountants.

Greta Thunberg reminded us at COP25 in Madrid: “The biggest danger is not inaction; the real danger is when politicians and CEOs are making it look like real action is happening when in fact almost nothing is being done apart from clever accounting and creative PR”.

The proposed new EU Directive on CSRD – yet to be considered by the EU Parliament and Council – is a welcome answer to that concern, namely if its reporting standards eventually prove to be sustainability standards, not “non-financial” standards.

Marcio Viegas is the founder and managing director of SUST4IN, as well as being a professor and researcher. 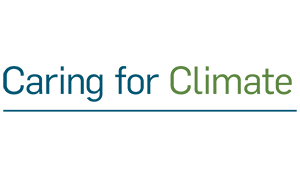 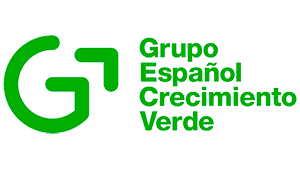 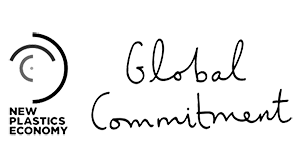 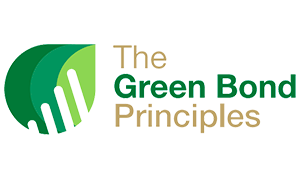 This website uses cookies to improve your experience while you navigate through the website. Out of these cookies, the cookies that are categorized as necessary are stored on your browser as they are essential for the working of basic functionalities of the website. We also use third-party cookies that help us analyze and understand how you use this website. These cookies will be stored in your browser only with your consent. You also have the option to opt-out of these cookies. But opting out of some of these cookies may have an effect on your browsing experience.
Necessary Always Enabled
Necessary cookies are absolutely essential for the website to function properly. This category only includes cookies that ensures basic functionalities and security features of the website. These cookies do not store any personal information.
Non-necessary
Any cookies that may not be particularly necessary for the website to function and is used specifically to collect user personal data via analytics, ads, other embedded contents are termed as non-necessary cookies. It is mandatory to procure user consent prior to running these cookies on your website.
SAVE & ACCEPT
Manage Cookie Consent
Utilizamos cookies para optimizar nuestro sitio web y nuestro servicio.
Manage options Manage services Manage vendors Read more about these purposes
Ver preferencias
{title} {title} {title}
¡Subscríbete! / Subscribe now! 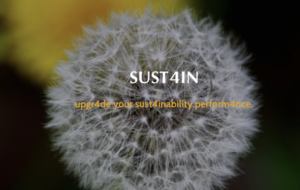